This past weekend I rode my bicycle with Multiple Sclerosis fundraiser. This was my second year riding at this event and it was a great experience - just like it was last year. I rode as part of the Vocollect BlueStreak Team. Here is our team photo from the event (taken on the morning of day 2 - I am second from the right): 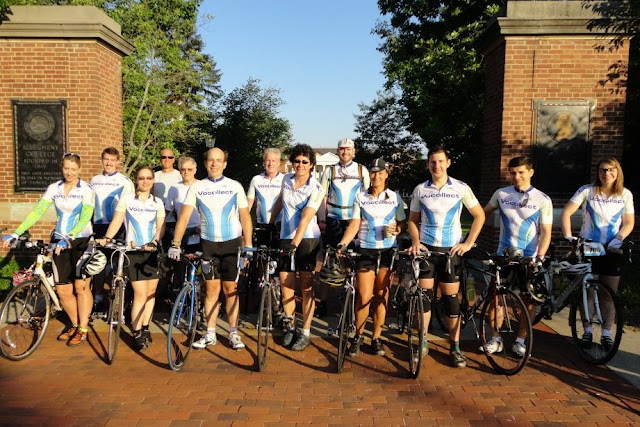 On the day 1 of the ride (Saturday) we started from Zelienople, PA and rode to Meadville, PA. I took a century option and rode 102 miles in 5 h 47 min. This year route was different from last year and had more hills plus headwind in many parts of the ride. My Garmin GPS showed total elevation gain of 6,327 ft, but training peaks log downloaded from my Garmin only shows 5,650 ft. I am not really sure why there is such significant discrepancy between the two numbers. Perhaps someone can explain why my Garmin Forerunner 305 shows different elevation and even pace from what is calculated by trainingpeaks using the data downloaded from Garmin? Anyway, the average speed on day one was about 18 mph and 17.59 mph according to trainingpeaks. Here is the complete GPS recorded route for day 1 as seen on my trainingpeaks profile. Does anybody know if the drop in heart rate on such a ride is normal? As I had a late start and was passing riders in first three hours I felt motivated to push harder, but towards the end of the ride when I did not see anyone in front of me for long periods of time I think I dropped the pace and effort level went down. I would love to know technique to maintain the effort in this situation (without the use of power meter). Shall I constantly monitor heart rate during the ride to maintain intensity? Overall by the end of the ride I was very tired and did not feel like doing much of anything for the rest of the day (except working for about 1 hour on my presentation for webcast on Monday).

The same thing happened on day 2 - good pace and heart rate in first half and as I passed most of the riders and had nobody visible in front of me the heart rate and intensity dropped. On second day I rode 64 miles in 3 h 8 min with average pace 19.9 mph according to Garmin. Here is complete route with pace and heart rate data for day 2. Again, you can see how the heart rate drifted down after the first half of the ride and then went back up towards the end when I pushed to the finish line. The best part was that after this ride on day 2 I felt very fresh and ready to do it second time (ok, may be not the whole thing).

From nutrition perspective on both days I had nothing, but a bottle of water for the first hour, then I had one bottle of Gatorade per hour, plus one banana per hour, plus one chocolate energy bar or Gu gel per hour. This amounts to about 300 calories per hour starting at second hour of each ride on both days. This seemed to work well, except the process of eating all that food was slowing me down quite a bit. I wonder if this was a little too many calories per hour? Probably it was - especially for the 65 miles. May be next time I do 200 calories per hour - Gatorade + one banana or one gel per hour.

There was, however, one thing that did not work well at all during both days. And that is I forgot body glide (chamois cream). I wont go into much details on what happened, but just a big mental note to myself - never forget body glide for long ride again :-).

Here are some photos from the event I took on my iPhone: 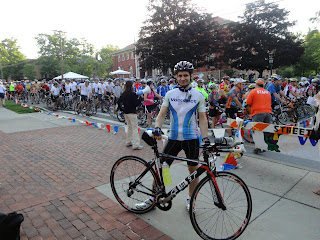 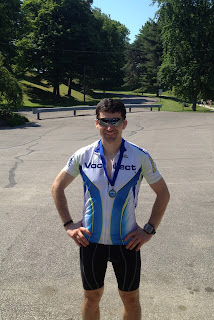 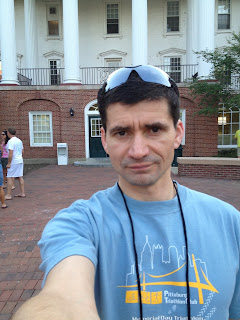 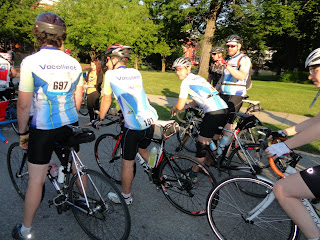 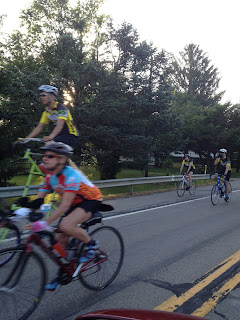 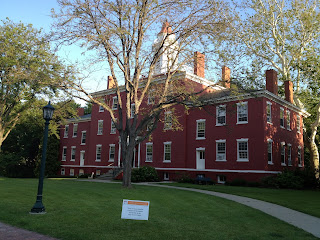 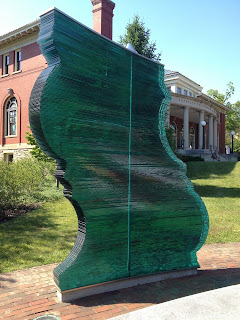 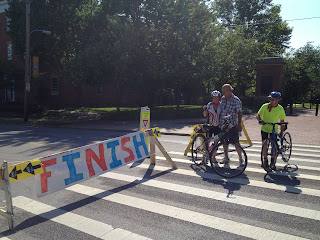 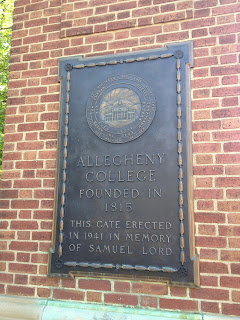 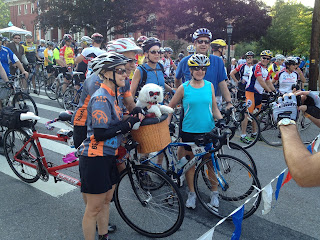 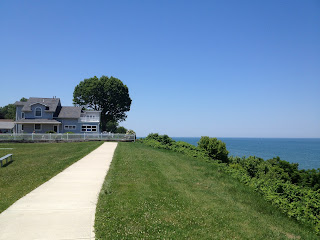