Here goes the summer. Athletically speaking this was a time of relaxation. I had no specific training goals, other than maintaining general fitness by biking on my indoor recumbent trainer 4 to 5 times a week (average of 150 miles a week), running 3 times a week (average of 20 miles a week), swimming a couple of times a month (yeah, almost no swimming this summer), and doing cross training about 4 to 5 times a week (for about 3 hours total). Overall I averaged about 12 hours of fitness per week this summer, which is a little bit less than last year.

It was no surprise that my race result at YMCA Sprint Triathlon in North Park was slower than in the past. I took second place in my age group, but cramped very very bad in the last few hundred yards on the run and had to limp on one leg to finish (and was limping for the next few days as well). Lesson learned - if one wants to race fast races, one needs to train fast. The other thing to keep in mind is that I did not warm up properly for this race, nor did I take a gel or electrolyte before the start. I think these things could have prevented the cramp.

Overall this was a well run event. I got beat by the guy who I found out to be a 2:45 marathoner. He also had a faster swim split, but slower bike split. Not surprisingly he caught and passed me on the run part of the course. On a positive side - I am pretty happy with my bike result - it turned out to be #9 among all 154 athletes. And this is considering that I never did a single intensity zone 4 or 5 workout on the bike this year - only steady effort in zone 2 and 3 while working on my computer in the office.


This was my first time racing at MMM and my second Olympic distance race ever. Now I have done one IM, two HIMs, two Olympics, and a whole bunch of Sprint races.

What a beautiful venue for the race! The swim was in the Lake Arhtur and it was wet suite legal. No current, easy one loop and the water was quite nice. Not crystal clear, but decent lake water. The bike is very hilly - goes up and down constantly, very few flat sections. It got to be a little hot on the run, but half of the run is in the shade, so it was quite ok. The run is relatively flat on paved pedestrian lane with gentle rolling hills along the lake.

I took one gel 20 minutes before the swim, then one more at the start of the bike and third at the very end of the bike. Sipped water before swim, on the bike, but not on the run. I consumed less than a bottle of water during entire race.

The swim was a mass start, but since there were not that many people, it was not too bad. I started at a moderate pace and just kept behind somebody in front of me drafting almost entire 1500 meters behind one guy who seemed to be going at my slow pace. I came out of water and took my wet suite on the soft grass before entering the transition area, which was all paved and this resulted in me having the fastest T1 among the entire field - always nice to be #1 in something :-).

On the bike I went steady effort - after doing my zone 3 in my office, I feel like I have single speed on my bike - no matter the race distance - it is just so ingrained. Good for long distances, bad for short ones... On the bike I passed a lot of people and when I entered T2, I was the first bike in! I proceeded to the run, but few minutes later I realized that this was impossible because elite men started Olympic distance few minutes ahead of me and there is no way I can be first overall in T2. I stopped running, looked at my watch, stopped it and found out that I only did 20.2 miles on the bike, instead of 26 miles, which meant I turned into T2 too early and cut a course short. In my defense, there was no map of the bike course on the website and the markings were not that great. I figured that I am disqualified at this point and decided to finish the 10K run just to get the workout. My pace dropped and I was just jogging now, at which point the race director passed by me on her bike as she was checking the aid stations and congratulated me with the lead. I told her what happened and then asked if I can finish the run, get back on bike and do this extra 6.5 miles to do a complete bike leg. She said it was ok with her. However it was now very hard to pickup the pace. I finished the run and without crossing the finish got on the bike, did my miles, got off and ran to the finish.

It turned out that I was 4th in my age group, but since the #1 guy in my age group was also #1 overall, we all got bumped one step up and I officially finished #3 in my age group. Looking at the results, my timing looks very weird because of this bike mishap: 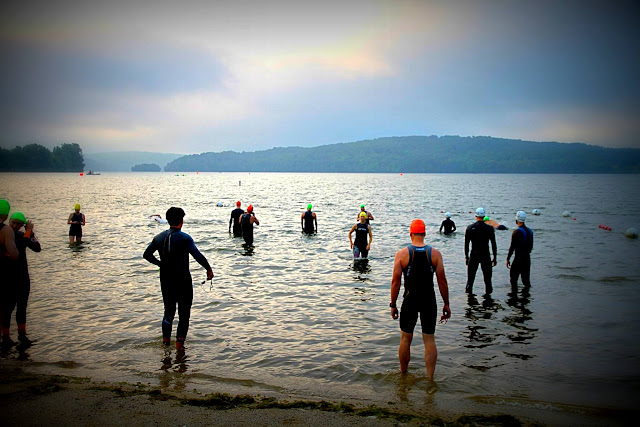 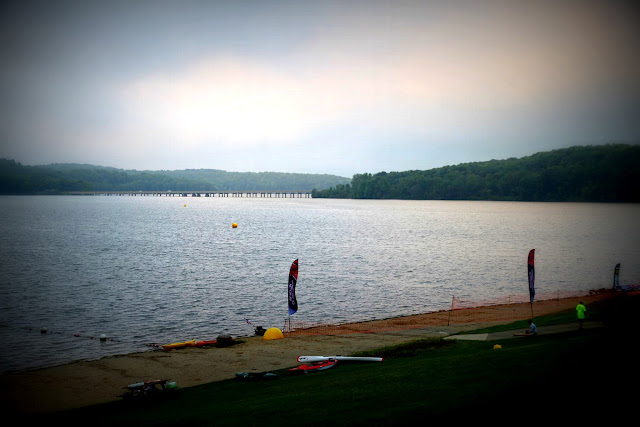 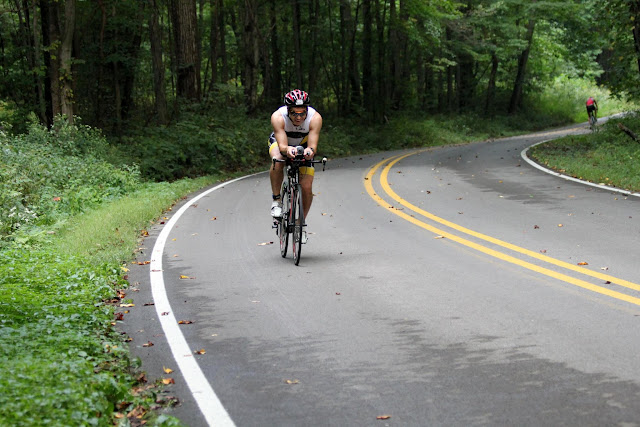 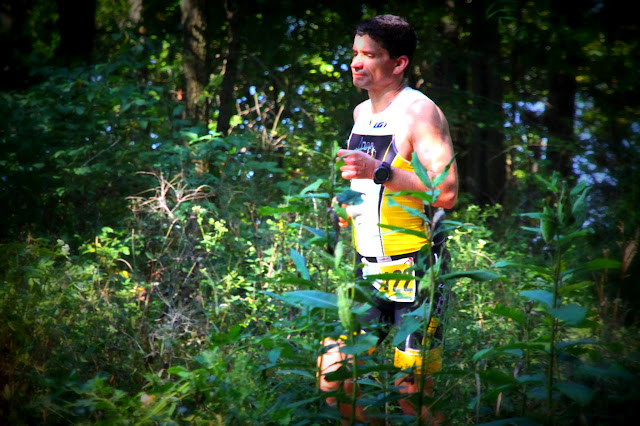